Your dog is about to make the acquaintance of a new pal, and your heart is racing with excitement.

The next thing you know, your dog is dragging its new friend by its collar.

Just like that, you get an earful from the other dog’s owner, or this could be between your own dogs.

Whichever the case, it can actually be dangerous for everyone involved and run the risk of your dog choking.

So what do you do? How do you get your dog to stop pulling on other dogs’ collars?

It may seem impossible at first glance, but there is hope!

You just need a little bit of knowledge about what’s going on here before fixing the issue.

QUICK RECOMMENDATION: I recently discovered Wild One, an amazing online retailer that creates beautiful dog accessories and toys that are sustainable and functional. Be sure to check them out!

Why Does My Dog Grab Other Dogs by the Collar?

If you’ve ever experienced two dogs playfully fighting with each other, you probably saw some behavior that will cause you concern.

Loud grunting noises while pinning each other down seem like dangerous play, and when you see one grabbing the other’s collar, that might seem overkill to you.

However, in most cases, this is simply harmless playing for them.

I’m sure you might have experienced a game of tug with your dog and they love it!

That said, you will need to bear in mind a few key things to avoid this becoming ugly:

Size of the dogs

When dogs of vastly different sizes play together, it can look cute but there is a worrying aspect to it too.

If a large dog starts tugging a little one around, it can easily cause serious damage to it.

Always start out slow and let them get to know each other better first.

At the first sign of trouble, you need to step in.

Owner of the dogs

Not every dog owner has the same approach when it comes to their pets.

Some are more relaxed while some others treat their dogs as super precocious.

When your dog is playing with a stranger’s dog, you might want to pay extra attention to it so that you do not end up offending someone else.

You can also have a quick chat with the other owner and point out your concerns first.

Two sets of eyes on the dogs are definitely better.

Behavior of the dogs

As you observe the dogs playing, keep a look for positive signs such as taking turns to be “dominated”, relaxed posture, play bowing, and returning to play.

If you see signs that tell you otherwise, for example, becoming disengaged, rolling on its back and becoming submissive, or low growling, you will have to step in and stop the play.

Why Do Dogs Grab Each Other By The Neck?

Similar to when a dog grabs another dog’s collar, ‘biting’ each other’s neck is considered normal during playtime.

In fact, this is highly instinctive in all dogs and they learn this when they are young and in a litter.

Not only do they learn how to control their bite force (bite inhibition), but it is also one of the ways they get sociable with one another.

There are times when you need to be concerned though, especially when you notice the following:

What Causes a Dog to Bite Another Dog’s Neck Aggressively?

It is important to be a concerned dog parent, so I wanted to share a bit more about this unique behavior and why dogs can turn aggressive.

These might serve as signs for you to break up playtime and figure out the right treatment for your dog.

This is a common cause of aggression in dogs and often happens when one dog feels threatened by another dog entering his territory, so he will try to defend it.

Territorial behavior can happen during playtime and might be difficult to notice right away.

If you have multiple dogs in your home, then it is important for them all to understand their role in the hierarchy of the pack to prevent this from happening.

Some dogs will become aggressive if they are afraid of another dog.

This is especially true when they are in a new environment or around something unfamiliar.

It can happen when one dog is curious about something and the other dog feels threatened by it, so he becomes defensive.

Some dogs are predisposed to hunting and being aggressive toward small animals like cats, rabbits, or smaller dogs.

This can happen when they see another animal running around outside.

If your dog has a prey instinct, then it will be important for him to be socialized at an early age so he understands what is acceptable behavior.

A dog who is in pain may become defensive or aggressive.

During playtime, an accidental nip or a playful bite that is too excessive might give a dog a shock and trigger a defensive action.

If your dog seems fine one minute and then becomes aggressive out of nowhere, it could be because he feels pain somewhere on his body that you don’t know about yet.

How Do I Get My Dog to Stop Pulling on Other Dogs’ Collars?

Once you’ve made it clear to your dog that pulling on another dog’s collar is unacceptable behavior, there are ways to stop it from happening.

Doggy says, read this too: Dog Will Only Walk With Both of Us/One Person? How to Solve This?

How to Stop Dog From Chewing Other Dogs Collar?

While chewing is a natural behavior for all dogs, they should know some boundaries.

After all, you don’t want your dog chewing on every single thing, right?

Here are some useful steps to correct the behavior:

Doggy says, read this too: Dog won’t move with cone on?

In Conclusion: Dog Drags Another Dog by the Collar

The best way to get your dog to stop pulling on other dogs’ collars is to train them.

It can be a very difficult behavior to break, but it’s not impossible.

Be patient and consistently show them the right way, and you will start to see the right kind of behavior. 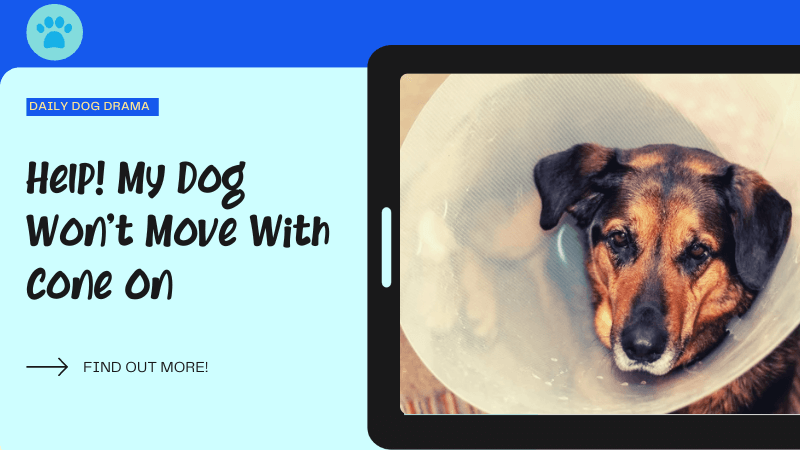 My Dog Won’t Move With Cone On [What To Do?] 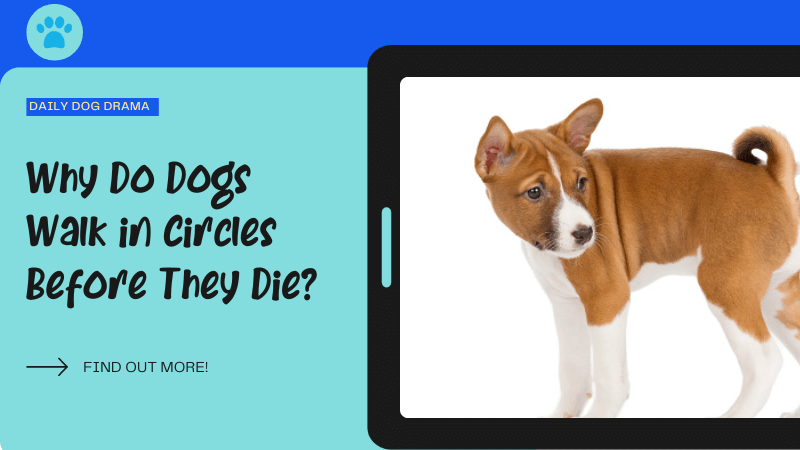 Why Do Dogs Walk in Circles Before They Die? Do They Even? 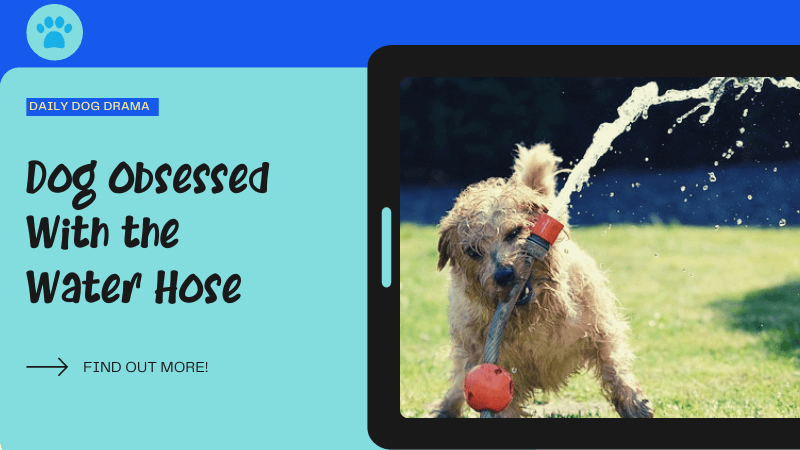 Dog Obsessed With the Water Hose?