Our dogs have all kinds of body language. Sometimes they are just having fun and look plain cute, but what if they were trying to tell us something?

If you see your dog sticking its bum in the air, what does it mean?

In most cases, it is just play bowing or showing a sign of submission, but it could also signal a deeper medical issue if it persists.

How do you tell the difference?

After working with hundreds of dogs, I wanted to share my insights.

QUICK RECOMMENDATION: I recently discovered Wild One, an amazing online retailer that creates beautiful dog accessories and toys that are sustainable and functional. Be sure to check them out!

Why Do Dogs Put Their Heads Down and Bums Up?

While we are accustomed to seeing this action when two dogs are playing, it could also mean something else.

Read on as I explain each one.

Dogs frequently put their rump up and their heads down to signal to other dogs or their owners that they are ready to play. This is referred to as play bowing.

Your dog stands in this stance with his forelimbs extended, elbows touching the ground, and chest and head elevated a tiny bit above the ground.

In this position, you will also notice that your dog gets relaxed and starts wagging its tail.

This occurs more frequently in breeds that are highly animated and active.

When encountering another dog or humans, submissive dogs frequently try to kneel down to make themselves appear smaller than they are.

It’s like your dog lays down when another dog approaches.

It lets the other dog know that they are not in any way a threat and this may also be accompanied by other submissive actions including showing their belly, avoiding eye contact, and urination.

The interactions between all of the dogs in the pack usually establish each dog’s place.

As a result, dogs at the bottom of the hierarchy are frequently more submissive to those at the top.

Doggy says, consider reading this too: Why Do Dogs Lick Their Lips When You Pet Them?

It could just be that your dog is stretching when he lowers his head and raises his bum, an action that is very common in lots of 4 legged animals too.

Just like humans, dogs appreciate a good stretch, and this particular sort of stretch is particularly beneficial for loosening up the muscles in the dog’s back, sides, hips, and hind legs.

It feels good to the dog as well, and it is quite similar to the morning stretch that many people perform.

Your dog may provide a good body shake and yawn after performing this kind of stretch, which also show that he is feeling comfortable and relaxed.

New yoga partner for you, maybe?

Wants to get active

When they get excited, they may lift their butt in the air and put their head down, or even just lift a paw.

This is something they do to get active! It’s like a way of saying “let’s play!”

Time to go on a walk, play, or do some other kind of physical activity with your dog!

Dogs display a number of different behaviors when they are in heat. For females, they might be replicating the behavior when a male dog is sniffing its vulva, a sign that he is interested.

A female dog that reciprocates will stand still, and in some cases, bend forward, and move its tail aside, a stance that is known as flagging.

This is very unlikely to happen on its own though, and pretty much non-existent if your dog has been spayed.

Doggy says, consider reading this next: My Dog Keeps Acting Like Something Is Biting Her [Solutions]

When dogs put their head down and bum up, they could be mimicking the act of looking for prey.

We can tell this by observing the position of their ears and tails.

The dog’s tail is down and its ears are forward, indicating that it is looking for something.

This behavior is seen in many different species of dogs and it’s sometimes called a prey crouch or a stalking position because it is what they use to stalk their prey before attacking it.

It’s important to note that this behavior is not limited to just hunting situations—dogs may also do it when they’re playing with other dogs or people!

Most commonly, this could be a sign of pancreatitis.

Dogs who have pancreatitis experience an inflammatory response within the organ, which may cause nausea, vomiting, and abdominal pain.

Other possible health conditions include stomach infection, bloating, intestinal blockage (did your dog eat something it shouldn’t like a wine cork?), anus and rectal disorders, and pain in the joints.

When was the last time you brought your dog for a check-up?

If it is displaying other signs of discomfort, a trip to the vet should be arranged immediately.

When Should I Be Concerned With My Dog Sticking Its Bum in the Air?

Dogs in discomfort may adopt a stiff, “sawhorse-like” stance, while others may adopt the “praying pose,” with their front legs on the ground, butts raised, and an abdominal stretch.

Though it has the appearance of a play bow, it is anything but.

Some dogs in discomfort will slouch more, but others will become edgier and find it difficult to lie down and feel at ease.

The type, location, and intensity of the pain all play a role.

Even more subtly, these postural alterations may manifest as an arched or sunken back, or even a drooping or tucked tail.

She has to go straight away to an emergency clinic if she is vomiting, having diarrhea, is unable or reluctant to eat and rest, is very sluggish, or her gums appear pale.

I would suggest asking the doctor to order blood work, an abdominal scan, and possibly hospitalization to address her stomach pain and rule out any underlying problems.

You can probably wait until the morning if she is otherwise completely healthy, but visiting the emergency clinic for an examination and abdominal x-rays is still the best course of action.

How to comfort a dog with pancreatitis?

If indeed your dog has been diagnosed with pancreatitis, you can take a few simple steps to help it cope.

Create soft areas for your dog to sleep on after consulting with your veterinarian to determine the best course of therapy for pancreatitis.

Nearly anything is preferable to the floor for soothing a dog with pancreatitis, whether it be the sofa, your bed, or a memory foam dog bed.

I would also recommend that you give your dog a few calming treats to ease its anxiety.

Signs your dog has butt problems

The walls of the sac are coated with glands that create a liquid that is often passed when your dog produces a stool.

A veterinarian might then need to investigate to find out what’s going on.

If your dog presents the following behavior, you will need to get it to the clinic soon:

Playtime Between Dogs: Signs to Watch Out for

Play bowing is mostly seen during playtime between dogs.

It is a dog’s way of extending an invitation to play to another canine or human partner.

A dog may use a play bow to signal to another dog that he is friendly when they are meeting for the first time.

Dogs are likely to start playing after this and when one dog wants to stop playing but the other wants to continue, they will occasionally do the action again.

However, not every interaction turns out perfectly fine, especially between dogs meeting each other for the first time.

Keep an eye out for the following signs of trouble:

Why do dogs put their head down when you pet them? 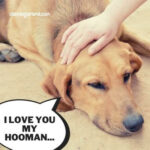 Dogs assume a position like that to suggest to others that it has no malicious intent. A dog chooses to be submissive, rather than being something that is compelled to them. This behavior may be displayed around other animals, dogs, or people. A dog acting submissively may droop its head and turn its gaze away.

Why does my dog approach me with his head down?

Your dog is showing you that it is submissive and may just be asking for attention or food. They might want to play or just be near you. It wants to let you know that it recognizes you as the leader of the pack and that it’s not going to challenge you for your position.

In most cases, this cute behavior is nothing to worry about and in fact, is perfectly normal when dogs want to play.

Only if you notice any abnormal accompanying signs should you need to be concerned.

Continue reading other dog behavior articles such as why does your dog sleep with its bum facing you, how long is a day for a dog, why does my dog scratch my bed sheets, and many more on our blog!

My Dog Keeps Acting Like Something Is Biting Her [Solutions]

My Dog Won’t Move With Cone On [What To Do?]

Why Do Dogs Walk in Circles Before They Die? Do They Even?