Have you ever wondered what’s the difference between a Japanese Spitz and an American Eskimo?

They are two distinct breeds but they have similar characteristics such as pointed ears, long, narrow snouts, and fluffy white coats.

Their temperament and place of origin are mostly what distinguishes them.

Since these two breeds look very similar and are often confused by people, in this post, I will share with you the key factors that set them apart.

If you are planning to get one yourself, this might be a good place to understand these dogs first!

How long do Japanese Spitz and American Eskimo Dog breeds live? Which one has a longer lifespan/life expectancy?

Both breeds are expected to live for about 12-13 years on average, although there have been cases where the dogs have lived up to 16 years!

Their lifespan range typically falls between 10 to 15 years.

This dog breed is relatively new to us as they were created less than a century ago, yet enthusiasts and academics continue to debate their ancestry.

Some people assert that the ancestors of this breed are the German, American, and Russian Spitz.

Others contend that this originates from the much smaller-sized Siberian Samoyed dogs.

When these dogs were imported to Europe and other regions of the world, their popularity took off like wildfire.

The American Eskimo isn’t actually from the US, despite its name.

Their known ancestors are the German Spitz, and they are native to Germany.

The American Eskimo’s name was altered during the early half of the 20th century to reflect anti-German sentiments, despite the lack of any genetic ties to American culture.

In fact, the name of the current breed was selected to pay tribute to the Ohio breeding kennel of the same name.

The Japanese Spitz has a white double coat, similar to other spitz-type breeds, with a straight outercoat that protrudes from its body and a short, soft, dense undercoat.

Its face, ears, and some of its legs are covered in short hair.

Long hair covers the rest of its body, especially the neck and shoulders, giving it the appearance of having a mane.

The long tail of the Japanese Spitz is heavily feathered.

A Japanese Spitz has a sharp muzzle, almond-shaped eyes with black rims, triangular, pricked ears, and short, round, black noses.

The American Eskimo dog is known for their thick, shining white coat, and its face naturally exudes a happy, bright look.

Their renowned fluffy coats are actually two coats: a thick undercoat and a longer outer coat, both of which need to be brushed frequently to prevent excessive shedding.

Their light coat contrasts with their black noses, lips, and eyes to give them a pleasant and welcoming countenance, and the ruff across their chest and shoulders can give them a fiercely adorable lion-like aspect.

Eskies almost always have dazzling white coats, although occasionally they will also have cream-colored markings.

When you look at an Eski, you would feel its confidence by the way it carries itself.

The Japanese Spitz is a tiny to medium-sized dog with expressive dark eyes and an “off-standing” white coat, whose head is about knee height,

They typically stand 10 to 16 inches tall and weigh 10 to 25 pounds, and you should keep in mind that they are longer than tall so you can tell them apart from Eskies easily.

They have a balanced frame with a nice, smooth gait.

Some say that the American Eskimo may resemble a fox due to the shape of their muzzles, except that they are white.

This breed’s only available natural colors are white and biscuit, and they have no markings anywhere.

They have black rims around their slightly oval-shaped eyes.

You will only need to bathe them if they start to stink; otherwise, wash them only every 6 to 8 weeks to keep their skin from drying out.

To prevent their hair from tangling, using a pin comb is highly recommended, and clippers can be used to shorten the nails.

Also, check their ears often because they are prone to infections.

A Japanese Spitz is considered to be an average shedder, and their undercoat sheds twice a year.

Dog owners who are overly sensitive to dog hair may need to reconsider getting this puppy because of how much it sheds.

The Eskie’s coat needs to be brushed every day to keep it from matting and tangling, and their fur’s cleanliness can be greatly improved with the use of a soft bristle brush.

Additionally, this breed requires a lot of care because some dog products may irritate their skin.

Their eyes need extra attention as well because they are prone to problems such as Progressive Retinal Atrophy (PRA).

The same goes for their sensitive ears too and to keep the pH balance in the normal range, use the ear cleanser that your veterinarian recommends.

Japanese spitz dogs appear to always be grinning, and their upbeat dispositions are in line with their adorable appearance.

Despite having a loving and loyal character, the Japanese spitz is a goofy and attention-seeking family member.

As a result, they find it difficult to accept being ignored and frequently engage in negative behaviors (some have even been known to chew the occasional shoe), and experience anxiety when left alone for an extended amount of time.

They make excellent watchdogs and are loud about whatever they notice.

However, because they tend to overdo things, they require training and corrections, and early socializing also prevents them from growing wary of strangers excessively.

Eskies are extremely devoted to their owners and require their company often.

In fact, they are sometimes referred to as velcro dogs too.

Despite their high intelligence, they can be stubborn.

They are good watchdogs but have a tendency to bark too much, so training must be given early to prevent this from happening.

Like the Japanese Spitz, they must also have lots of opportunities to socialize with strangers so that they do not develop over-suspicion toward them.

An Eskie just needs a small bit of exercise, but it also needs a lot of activities to keep it busy; otherwise, it will find something to do that might turn destructive.

You also need to be very careful with how you contain them as they are extremely smart at running out!

This breed is one of the less expensive breeds to insure since it has a lesser probability of acquiring health problems.

That said, there are a few diseases that Japanese Spitzes are predisposed to.

One common one is luxating patellas, a condition where the kneecaps slip out of place (dislocates). This can also lead to osteoarthritis, causing the joint cartilage to deteriorate, resulting in pain and decreased mobility.

Unfortunately, they are also prone to having runny eyes which causes tear stains.

Their small tear ducts, which are unable to cope with excessive fluid drainage, are sometimes blamed for this.

If untreated, excessive tears could result in eye infections.

It may also be brought on by allergies or stress.

Diabetes has been found to sometimes affect Eskies.

Something you should ask your breeder beforehand is if they have completed a hip examination, a test that all respectable breeders should do.

The very active Japanese Spitz breed needs up to an hour of exercise every day.

Know that they have a lot of energy, so if you want your Japanese Spitz puppy to grow up to be a well-behaved, well-mannered dog, you’ll need to challenge and stimulate him on a daily basis.

They have a reputation for being extremely curious too, and they might wander out into an unguarded garden to discover what’s on the other side of the fence, so beware of that.

Depending on its age and level of activity, the typical adult Eskie will need around 60 minutes of exercise each day, which you can do with a few nice walks or jogs and a reasonable amount of play.

Starting at 10-11 weeks of age, you can begin exercising your Eskie puppy by taking it on brief (5-minute) walks.

As the puppy gets older, you can increase the walks’ duration and frequency.

Eskies are fairly stubborn, even as puppies, so these early walks are an excellent chance to start training the dog to walk beside or behind you on the leash rather than being permitted to lead or “tug” on it.

The Japanese Spitz is an intelligent breed that is very trainable due to its desire to please.

They need interaction and company from their owners, therefore if they are left alone for extended periods of time, they may start acting out in problematic ways.

It is advised to take puppy training sessions as well as early socializing.

Without training, they will start to develop behavior that is not necessarily desirable to you.

The American Eskimo breed is well-known for its versatility when it comes to tricks; they were the first dog to be recorded walking a tightrope.

Many owners of Eskies even claim that their dogs can pick up new skills by observing other dogs!

Training is the ideal way to not only develop a relationship with an American Eskimo puppy but also to teach them appropriate behavior because they are ready for your attention.

You may teach them as many tricks as you desire thanks to their eagerness to please personality and trainability, which go hand in hand.

Additionally, training is an excellent technique to challenge their smart minds (and helps wear them out).

Japanese Spitz puppies are can be quite hard to come by, and chances are you won’t locate one in your neighborhood shelter.

Finding a puppy can be challenging because of this and the limited litter size of one to six puppies.

In the US, the Eskie is not exactly as popular as some other breeds, although demand for it is increasing.

As a result, you should expect to pay between $600 and $800 for a healthy puppy from a reputable breeder.

Now that you know where they differ, which dog would you be getting for yourself and your family?

I think very much depends on your lifestyle (you need to spend lots of time with them!), but both are great dogs that will make you incredibly happy.

Check out other dog breed articles such as: 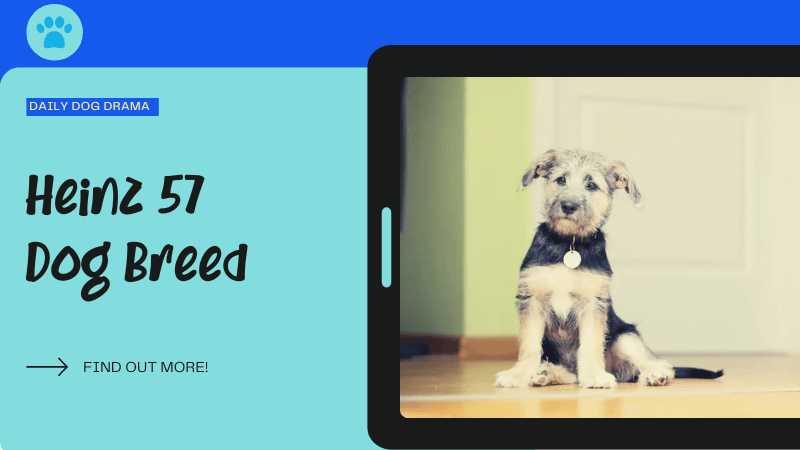 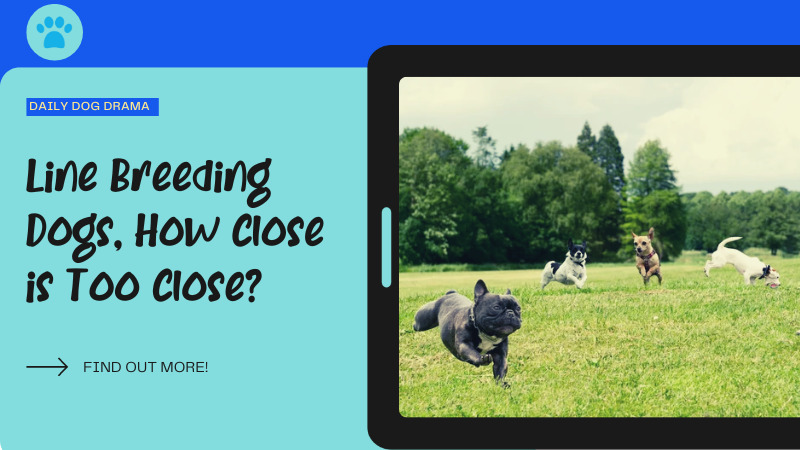 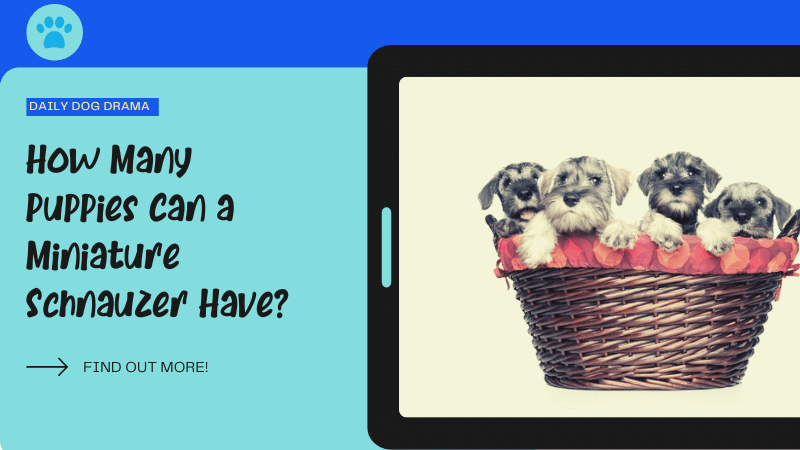