We all love puppies, but let’s be real: the floppy ears? They’re adorable when they’re little, but as your dog grows up, they can start to look a little… well, weird.

Or worse yet: Puppy ears changing to become something unusual looking.

Puppies often experience changes in the size and form of their ears as they mature. The cartilage that is already there in their ears will continue to grow and mature, which may result in their ears taking on a different appearance.

In addition, as puppies become older, the canal in their ears may stretch out and get wider.

If you notice your puppy’s ears changing, it shouldn’t be a cause for concern in the majority of cases.

In this post, I will cover more about this subject and offer a few suggestions that might help you out.

Do Puppy Ears Stand Up?

It really depends on the genetics of a dog.

Dog breeds that are more closely related to wolves tend to have ears that stand up straight and are always vigilant.

Similarly, smaller dog breeds such as Chihuahuas and Corgis usually have straight ears, and those with drooping ears are often eliminated from the breeding program.

That said, it is also not unusual to see a dog develop erect ears only for them to become floppy as they grow older.

Do Puppy Ears Change as They Grow?

Puppy ears will alter as they mature.

When a puppy starts teething, it is common for the ears to start drooping again, even if they were completely perked up at the age of three months.

The nutrients that were supposed to go to the ears are being redirected to the teeth so they can develop properly.

The ears will eventually become erect again and remain that way, but it may take several months.

You can help the process along by providing a good diet, plenty of exercises, and chewing toys that encourage jaw development.

Doggy says, consider reading this too: Dog Licking Its Paws After Grooming? [5 SOLUTIONS]

What Factors Influence a Dog’s Ears to Stand Up?

The breed of the dog is the single most important factor in determining whether or not the ears will stand up.

Puppies of breeds that often have a wolfish appearance, such as the German Shepherd, typically have their ears erect by the time they have completed the process of teething, which occurs at approximately five months of age.

However, the cut-off period is commonly considered to be seven months.

Most breeders agree that puppies need extra calcium in their diets to ensure that their ears remain upright during the teething process.

An excess of calcium may cause bone abnormalities in your dog and prevent the body from absorbing other nutrients, among other problems.

Deworming should be performed once every 4 to 6 months on all pups.

Worms deprive the developing body of your puppy of essential nutrients, and a severe infestation of worms might affect whether or not his ears rise.

What Breeds of Dogs Will Have Erect Ears?

There are certain breeds of dogs that have naturally erect ears.

Doggy says, you might be interested in this too: Dog Won’t Let Me Cut Paw Hair – What To Do Now?

Will a Cross-breed or Mixed-breed Dog’s Ears Stand Up?

The lineages passed down through a puppy’s bloodline determine the type of expectations you may have for a dog’s ears, including whether or not they will stand up.

If both of the dog’s parents have ears that are naturally pointed and stiff, then their offspring will also have the same characteristics.

Meanwhile, a puppy born to two parents with floppy ears would, naturally, also have floppy ears.

It’s also important to note that if one parent has floppy ears and the other has perky ears, the offspring may have ears that fold just in the center or at the very end of the head instead of down.

How to Get Your Dog’s Ears to Stand Up?

Take note that you should never ever try cropping your dog’s ears.

This act is cruel and can severely harm your dog’s ability to communicate and hear normally.

It is also illegal in certain countries, for good reason!

Taping up floppy ears until they can stand up on their own is the most common method for fixing this problem.

There is no guarantee that taping will be successful, and because of the excessive distance between them on the skull, certain ears can never stand, regardless of how long you tape them.

It may be beneficial to utilize nutritional supplements to strengthen the cartilage in your puppy’s ears; however, there is insufficient evidence to determine with certainty whether or not this approach will be successful.

Another method that has been tried is to give your dog more opportunities to develop its head and jaw muscles, both essential for having erect ears.

A chew toy would do the trick.

Although it seems that a dog’s coat is light and fluffy, it does add a fair bit of weight to your dog’s ears.

It works with gravity to keep your dog’s ears down, so a trim could do wonders.

Is It Normal for a Dog’s Ears to Be Droopy?

However, if your dog is not one of them, you’re undoubtedly wondering whether it’s normal for your dog’s ears to be drooping, which is a perfectly reasonable question.

There are a few potential causes for drooping ears in dogs.

Keep in mind that the ears of newborn pups are naturally folded back and floppy.

As the puppy gets older, its ears may start to stand up or point in a certain direction, depending on the breed.

Infection of the ear

If you suddenly notice that your adult dog’s ears are hanging down, you should examine the potential that he has an ear infection.

Be aware that infections may occur on the external, middle, or interior section of the dog’s ears, and that each of these areas will need a different therapy.

If you have checked the ears of your dog and found no signs of infection, the next possible cause might be an accident.

There is a possibility that your dog’s ears were bitten by another dog.

This may result in hematomas, which will make it uncomfortable for your dog’s earlobes to be raised in the future.

There are a few different breeds of dogs that naturally have floppy ears.

Examples of such dog breeds include Cocker Spaniels, Hounds, and Basset hounds.

Other breeds with lop ears include Beagle, Havanese, and Coonhound.

Causes of Floppy Ears in Dogs and Treatment

Likely, you did not apply the tape at the appropriate spot, which resulted in your dog’s ears not standing up correctly.

In addition to that, your puppy’s ears will not stand up if he or she is malnourished, injured, or sick.

If you have done everything possible but are still not successful, the best person to seek advice from is the veterinarian who cares for your dog.

Never, ever attempt to adjust your dog’s ears at home using procedures that have not been tested.

Why did my dog’s ears change to an odd shape?

As soon as your dog starts teething, you will notice an abrupt lowering of its ears. It’s natural for their ears to go through a lot of transitions as they develop, and it’s something that should be anticipated as part of the process. During this period, the nutrients that would normally go toward the development of their ears are instead sent into the growth of their teeth.

Why does my dog have a swollen and flabby ear?

Pus develops at the location of the infection, resulting in this condition. Inflammation and a drooping appearance of the animal’s ear may be caused, in certain cases, by a hematoma, which is a buildup of blood in the tissue. Fights, parasites, injuries, and poor hygiene are the most common factors contributing to this condition.

Should you be worried if your dog’s ears don’t stand?

You should only be concerned if the condition is accompanied by other symptoms, such as discharge from the ears or head shaking. They may have an ear that is deformed or saggy as a result of fighting, disease, fungal ear infections, parasites, or some other factor.

As you can see by now, there are a number of factors that can influence a dog’s ears and how they look. Amazing, right?!

Anyways, there’s really no need to panic if your puppy’s ears are not turning out to be what you envisioned.

As long as they are healthy and happy, I really wouldn’t worry too much about it.

If you want to pick up more dog care tips, be sure to check out the following articles or browse around our blog! 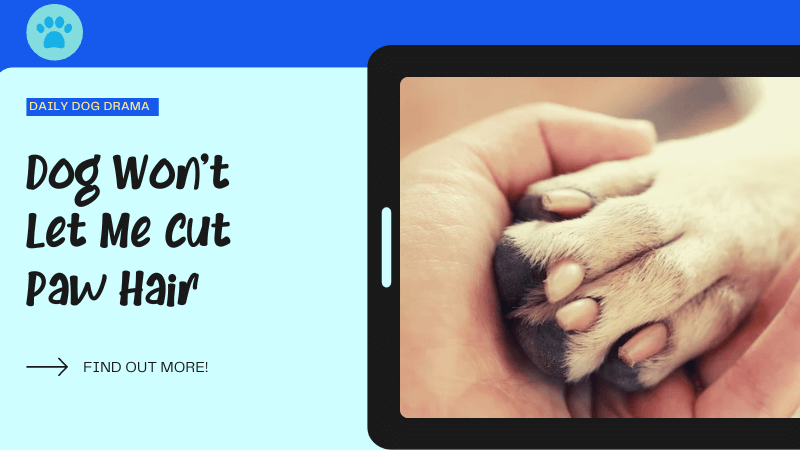 Dog Won’t Let Me Cut Paw Hair – What To Do Now? 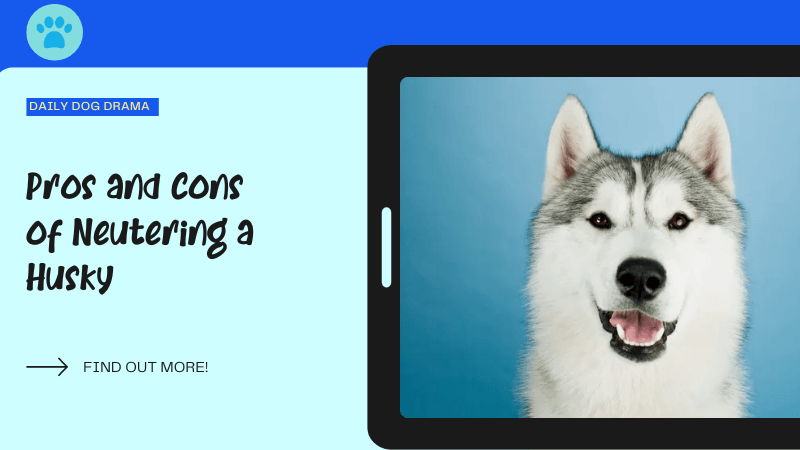 Pros and Cons of Neutering a Husky