I personally love to have chicken broth. It warms my belly especially when I’m under the weather or when the weather is too cold.

There has to be some kind of scientific explanation for why chicken soup is so soothing to our bodies.

And that got me thinking: Can dogs eat chicken broth with onions?

Dogs can eat chicken and chicken bone broth safely, but you must pay attention to the ingredients. Broth that contains garlic and onions must be avoided as they contain substances that will harm your dog. High levels of sodium are also detrimental to your dog. Always check food labels before using them.

Can dogs have chicken broth?

Meat is a crucial component of your dog’s diet and about 2/3 of a dog’s diet should consist of animal meats and proteins.

Chicken is a healthy meat for your dog and chicken broth contains many of the same beneficial nutrients found in chicken, except in liquid form with fewer calories.

Chicken broth is made by boiling chicken meat in water for a few hours until the water has absorbed the flavor and nutrients of the chicken.

They are an excellent addition to a dog’s diet but are in no way a meal supplement in place of normal dog food.

You would find that chicken broth makes a good addition to a dog’s diet, especially with picky eaters.

You can use it to soften dry kibble, which can make it easier for dogs to chew and digest the food.

There are many broth options available that you can give to your dog; some are meant for human consumption and others specifically for dogs.

If choosing broth intended for humans, it is important to read the label to check for any ingredients that may be harmful to your pup.

Some popular ingredients that you don’t want your dog to eat include onions and excess sodium which are present in many store-bought broths.

We will explore this further later in the article.

Can dogs have chicken bone broth?

Yes! Dogs can also safely consume and benefit from chicken bone broth. Chicken bone broth is similar to chicken broth, however, it is prepared in a slightly different way and has more nutritional benefits.

Chicken bone broth is made from simmering bones and chicken carcasses for anywhere between 12 – 48 hours.

The longer cooking time and addition of bones and cartilage instead of just meat are what sets bone broth apart.

It is also much thicker and when chilled in the fridge it becomes a jello-y texture.

Just like with chicken broth, there are many options available for chicken bone broths made for both people and dogs.

Doggy says, read this too: Can you feed your dog quince fruit?

Chicken broth contains the essential amino acids and protein found in chicken but is very low in calories.

It is also a rich source of minerals like iron, and it is often prepared using vegetables which can add more essential vitamins, minerals, and antioxidants to the mix.

Chicken broth also contains selenium which is an essential part of a dog’s physiology.

Cleary chicken broth is a healthy and beneficial addition to your dog’s diet.

The reason it cooks for so long is that you want to break down all of the cartilage from the bones and carcass until it melts into the liquid.

The addition of cartilage and bone marrow into the broth adds a lot of collagen-rich gelatin, as well as more nutrients, amino acids, and minerals.

Bone broth promotes a healthy gut by lowering inflammation in the digestive system.

It also contains glucosamine which stimulates the growth of new collagen for healthy joints.

Read next: Can You Freeze Raw Bones for Dogs? Avoid Mistakes

As a general rule for life, food prepared at home is fresher, unprocessed, and contains more nutrients than store-bought equivalents.

When making homemade chicken broth, you can control ingredients, and quantities and get more bang for your buck. Here’s a recipe.

Also, these broths tend to be made from leftover chicken and bones, so it’s also a great way to use up leftovers that would otherwise go in the trash.

Finally, it’s fairly easy to make since you just have to let it simmer and check on it periodically.

They also have to use additives to keep the broth from spoiling on the shelves.

As a result, store-bought broths are inferior both in flavor and nutrition.

However, there are some tasty and nutritious store-bought options discussed below.

Doggy says, read this next: Can Dogs Drink MiO? [Learn The Dangers]

Can dogs eat chicken broth made with store-bought chicken cubes?

One easy way to make homemade broth while skipping the step of having to actually simmer any meat is to purchase bouillon cubes.

Bouillon cubes are simply chicken broth that has been dehydrated and compacted into a very flavorful small cube.

To make broth, the cube must be put into hot water and allowed to dissolve.

This is a much more convenient way to prepare a broth, but it is not necessarily the best option for your dog.

Many of the commercially produced bouillon cubes have huge amounts of sodium.

They often also contain dried vegetables and spices, some of which can be harmful to your dog. These are explored below.

You can prepare a broth for your dogs using store-bought chicken cubes, but it is crucial that you check the ingredients and sodium levels to make sure it is going to be beneficial rather than harmful for your pooch.

Doggy says, read this too: Can dogs eat hamster treats? Read before you try!

Are onions toxic to dogs? How much is considered dangerous?

One ingredient often found in store-bought broths or cubes is onion powder. Onions are very toxic to dogs, even in small amounts.

Onions contain a compound called n-propyl disulfide. This compound can poison a dog if too much is ingested, and it also accumulates in your dog’s system over time.

Eventually, after enough build-up, it reaches a point where ingesting even a tiny amount of onion can trigger severe onion poisoning.

This compound is so toxic to dogs because the disulfide bonds to oxygen molecules in the blood and interferes with the ability of red blood cells to transport oxygen.

Red blood cells are destroyed faster than they are made which leads to hemolytic anemia, a potentially fatal condition.

How much onion is considered dangerous will vary based on the size of the dog, the amount ingested, and how much they have consumed over time.

The bottom line is, you should always take care to prevent your dog from eating onions.

What happens if my dog ate chicken broth with onions?

Signs and severity of poisoning vary depending on how much is in their system.

One of the first symptoms to appear is gastrointestinal distress, including vomiting, diarrhea, abdominal pain, and a decreased appetite.

Red blood cell damage can also lead to anemia and kidney damage. If you think your dog has ingested onions, you should contact your vet right away.

Doggy says, read this this: Feeding a dog with parvo – Complete care tips

How long does it take for onion toxicity to develop in dogs?

The symptoms of onion toxicity will usually develop within 24 hours after consumption, but can also be delayed for up to 7 days after the onions were ingested.

Again, the toxic compound has a cumulative property which means it can slowly build up in the system over time and symptoms can appear suddenly.

What is the best broth for dogs?

Now that we are aware of the potential dangers of choosing the wrong broth to feed to your pup, let’s look at some of the best broth options available.

If you are choosing broth intended for human consumption, you need to be the judge on whether or not it’s the right choice for your dog by checking the ingredients label.

Try to look for products that are as natural as possible, use real ingredients, and don’t contain coloring or flavor enhancers.

Also, check the nutritional information for protein content as it will indicate if the broth was cooked long enough to extract protein and a nice flavor.

However, there is also a wide variety of dog-specific chicken broths that you can trust!

Here are a couple of my favorites:

Buy on Amazon Buy on Chewy

Buy on Amazon Buy on Walmart

For a fun alternative, you can give them dry dog treats made from bone broth. One that we love is Bocce’s Bakery Bone Broth Dog Treats!

Can dogs eat garlic and chicken broth made with garlic?

No, dogs should not eat garlic for the same reason that they shouldn’t eat onions. Garlic contains the same toxic compound as onions except it contains 5-10 times more than onions. Avoid feeding your dog garlic in any form.

They can absolutely eat both pork and beef broth! These are both safe, healthy, and tasty alternatives to the chicken broth that your dog will love.

Is bone broth good for dogs with an upset stomach?

Bone broth is great for dogs with tummy troubles. It is very easy on the stomach and digests quickly since it’s a liquid, and it promotes a healthy gut and digestion. It will help encourage dogs that aren’t feeling well to eat and will help them get better faster.

In conclusion: Can dogs eat chicken broth with onions?

Chicken broth is an excellent food that you should make for your dog, but just as with other kinds of food, you need to be sure to check the ingredients.

Dogs are not like humans where we know how to choose safe foods for ourselves.

They will need you to be thorough when buying their food.

When it comes to broth, you must make sure that it does not contain onions and garlic, and does not have a high sodium content.

If you have the time to spare, why not cook yourself and your dog a chicken broth to share! 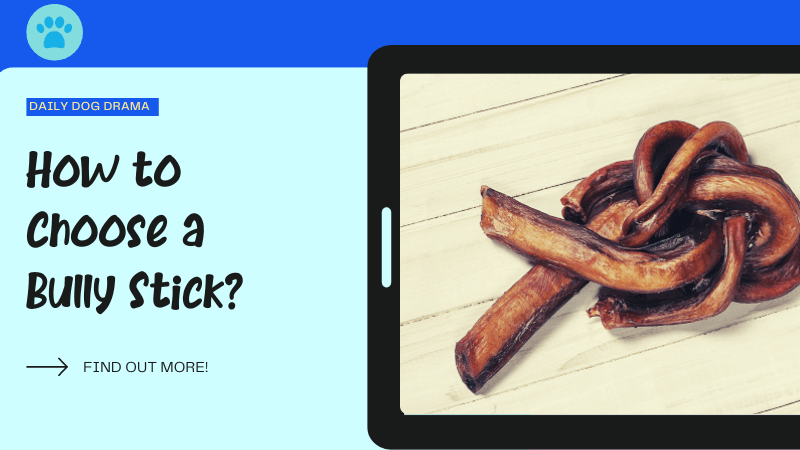 How to Choose a Bully Stick? Detailed Guide 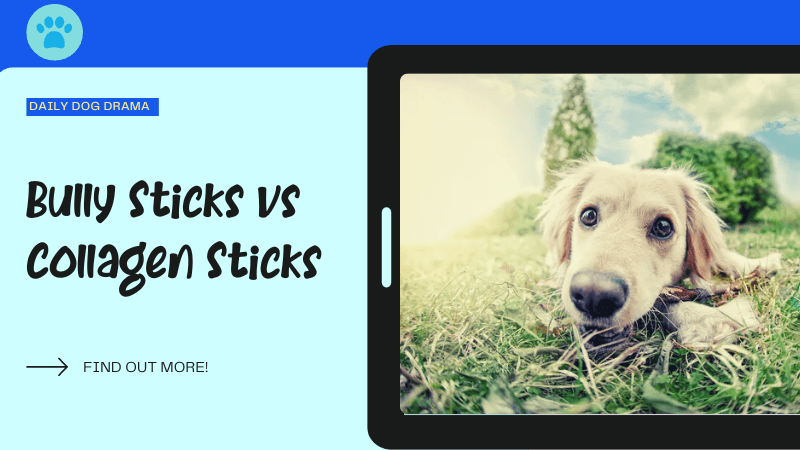 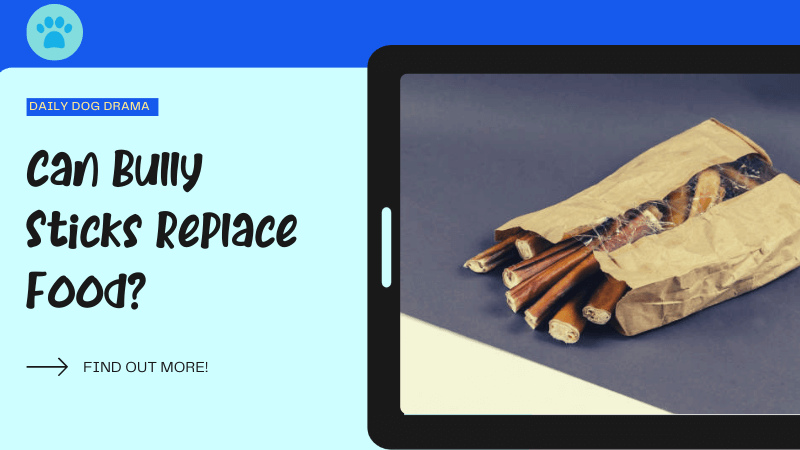