There are a lot of animal shelters out there, but unfortunately, many of them have a bad reputation for treating the animals in their care poorly. Lucky for us, there are many other animal rescue centers, that do have good reputations. In this post, we shall take a closer look at the best dog rescues in New York!

Pet Rescue is a non-profit animal rescue organization that was started in 1982 by a group of volunteers who came together in a “no-kill” animal shelter.

They left to form a rescue organization to properly care for cats and dogs in need and find them safe and loving homes, after being appalled by the animals’ living conditions.

Pet Rescue has remained a no-kill rescue organization for the past 40 years.

Not only that, but they have also maintained their status as a volunteer-run organization whose aim is to care for dogs and cats until they are adopted.

Located In Harrison, NY, they have their own facilities with an onsite clinic for the animals, a kennel for some of their dogs, and a specialized place for adult cats (“Kitty Cottage”).

In addition, many of their animals are cared for by caring volunteers.

All of the animals come from around the world.

Some come from owners who are unable to care for them any longer. Many of them are rescued from kill shelters, while others are scavenged from the streets.

Frequently, the dogs and cats are sick or injured when they arrive. They are then treated by veterinarians in order to make them healthy enough to be adopted.

Why is that so?

Because there are far too many companion animals with medical and emotional requirements who have been victims of cruelty, abuse, and neglect and will never leave the shelter alive owing to the financial and long-term commitment required to save them.

Shelters just do not have the resources to handle these issues.

Their purpose is to raise awareness of the ever-worsening predicament of homeless animals in the United States, both in shelters and on the streets.

Every day, far too many wonderful creatures are euthanized simply because they are homeless.

You can check out their adopt page here.

Social Tees Animal Rescue is a no-kill, non-profit organization based in New York City that finds forever homes for abandoned dogs and cats.

They are a community-focused, foster-based organization dedicated to responsible pet ownership and providing a welcoming environment for their staff and volunteers.

Their primary concerns are ensuring access to comprehensive veterinary treatment and the welfare of their animals, and they take satisfaction in pairing each animal with the family best suited to satisfy its needs for the rest of its life.

Social Tees Animal Rescue, which was founded in 1991, is a longtime member of the Mayor’s Alliance for NYC Animals and a participating shelter in the City of New York’s Animal Care and Control New Hope Program, which places animals in no-kill shelters throughout the city.

Second Chance Rescue uses ethical and innovative methods to reduce animal overpopulation in shelters, rescue and rehabilitate critically injured and neglected animals, and connect the community with programs that help animals stay in their homes.

They are advocates, rescuers, and educators working together to make a difference.

Thousands of animals receive critical medical attention and a second opportunity to thrive in their new lives thanks to Second Chance Rescue NYC.

The number of dogs and cats on the death list has fallen dramatically as a result of our collaborations with these shelters, and many more lives have been saved!

Its volunteers come from many walks of life, but they all have one thing in common: they adore dogs of all types.

The group was founded after witnessing many young, healthy puppies and dogs being euthanized in shelters due to a lack of foster space or other rescue organizations willing to take them until their forever home could be found.

Their main goal is to discover family pets who simply need a little more time and exposure before returning home.

During the week, they do not have a place to keep their dogs.

Volunteers come from all throughout New York State’s Capital District.

All of the dogs in their program live with a Homeward Bound volunteer in a foster home.

They bring the dogs into their homes and treat them as if they were their own until they are adopted.

This accomplishes various goals, one of which is: Many of the dogs have come from shelters, and spending time in a loving home can help them feel safe and comfortable, allowing their genuine personalities to emerge.

Each year, Woof and their out-of-state associate rescue organizations save over 100 animals from New York City shelters.

Most have been exposed to “kennel cough” and other very contagious upper respiratory illnesses while at the shelters.

One of their young rescue pups got such a bad case of parvovirus, which turned into pneumonia, that he spent the first weeks of his life in intensive care at the Animal Medical Center until he recovered.

The rescue spent almost $10,000 on his hospitalization, but he was saved, and he is now happily living with his amazing and loving new family.

They have started gathering much-needed donations online with the support of their loving and talented volunteers.

Donations of any size are accepted, but more importantly, please refer to them anyone who is looking for a new pet and is ready to adopt or foster a homeless dog or cat.

Paws Crossed is a non-profit organization that is funded entirely via donations, grants, and fundraising events; they do not receive any federal, state, or local funding.

They are committed to being a true no-kill organization which means that we will only euthanize animals who are suffering from a terminal illness or irreversible pain.

They are dedicated to preserving as many lives as they can while also providing the greatest possible living conditions for the animals in their care.

On top of caring for animals, they also run lots of meaningful programs such as their junior volunteer program, education classes, and Paws of Healing, a training clinic in Dobbs Ferry.

It all started in 2004 when founder Holly DeRito arrived at NYCACC in search of a canine companion for her dog.

A staff member led her to the back, where all of the canines scheduled for euthanasia the next day were kept. These dogs were not visible to the general population and were waiting for their eventual death.

Holly took action and she returned home with seven dogs that night.

She then started her own rescue and network by putting these dogs up with friends and family.

After a few years, ACC had improved dramatically, so Holly expanded her services to include transportation with the help of some rescue friends.

Waggytail Rescue now has partners in Texas, LA, Alabama, and even Tijuana!

This is accomplished through collaborative learning and education, direct lifesaving, and ongoing innovation.

They make every effort to respond swiftly to their dogs’ needs and community questions, as well as to actively listen to feedback and alter our behaviors, policies, and procedures as needed.

There are lots of ways to help them, including signing up to give monthly, making a one-time donation, helping raise funds, and many other programs. Check them out here.

NYC Shiba Rescue (NYCSR) was founded in April 2007 as a non profit organization in the state of New York.

They aren’t a homeless shelter, as their Shibas are fostered in volunteer homes until a suitable forever home is found for them.

The majority of their Shiba Inu rescue dogs originate from shelters or are owner surrenders.

They can only take dogs who are adoptable or that they anticipate will be adopted.

Unfortunately, dogs with aggressiveness issues or a history of biting are not included.

That should not stop you from giving a hand though, so be sure to check out how you can help them!

They coordinate and transport dogs from all over the South to Buffalo, where they are cared for by foster families until they are adopted.

Because they are a foster-based organization, there is no shelter you can visit to see all the adoptable dogs.

All of their rescues are reacquainting themselves with “home life,” where they may receive individual attention and let their personalities flourish.

This means that they are able to create a more comfortable and calm environment for the dogs to learn new tasks and relearn what it feels like to be loved once more through fostering if they would not have been able to do so otherwise.

Other Dog Rescues in New York Worth Mentioning

There are several other dog rescues in New York that are in need of your help, but unfortunately, we are unable to cover every single one of them.

Through online reviews and friends’ recommendations, here are 6 more you can visit and support: 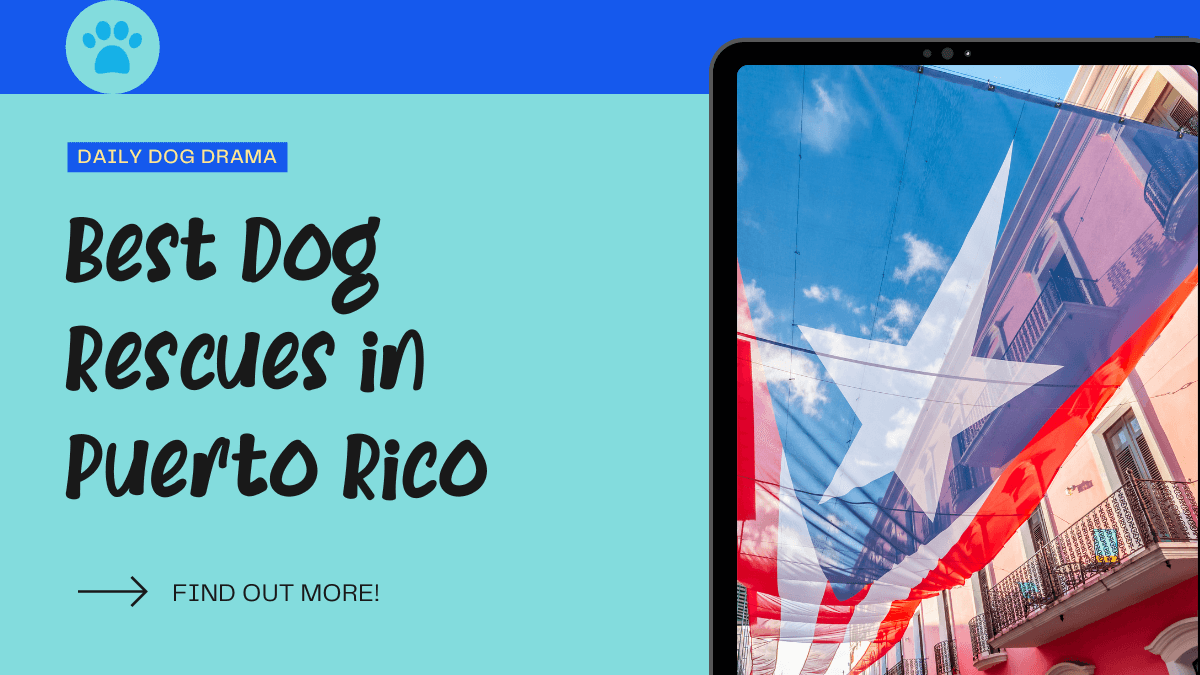 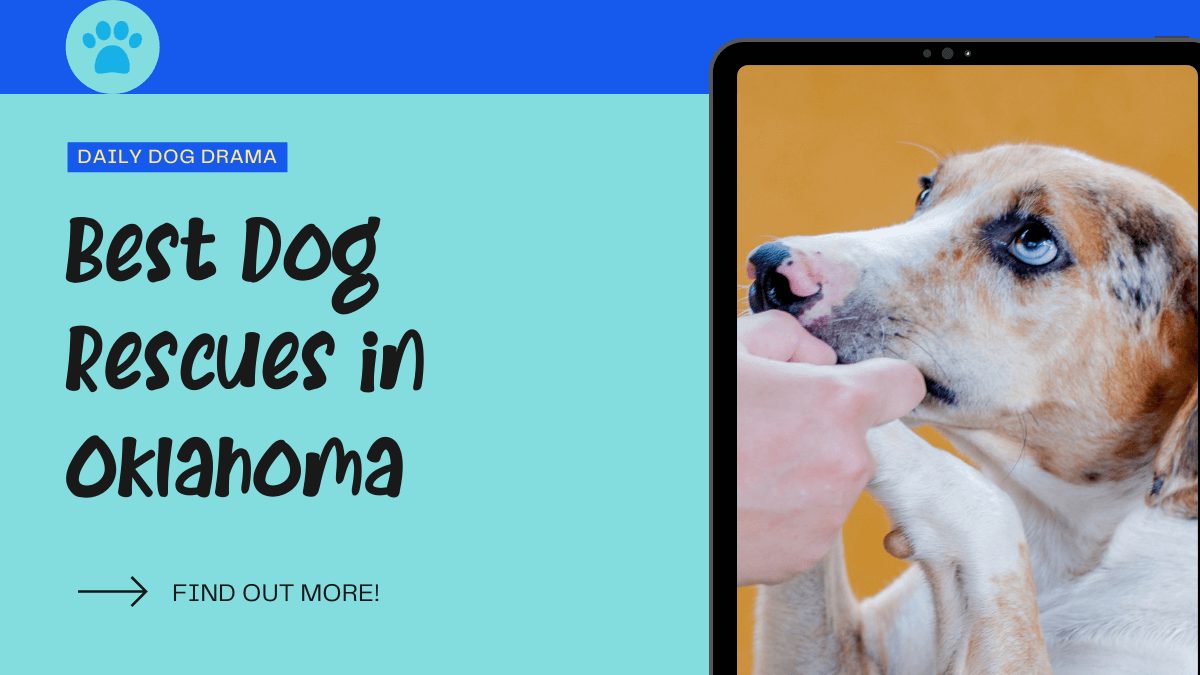 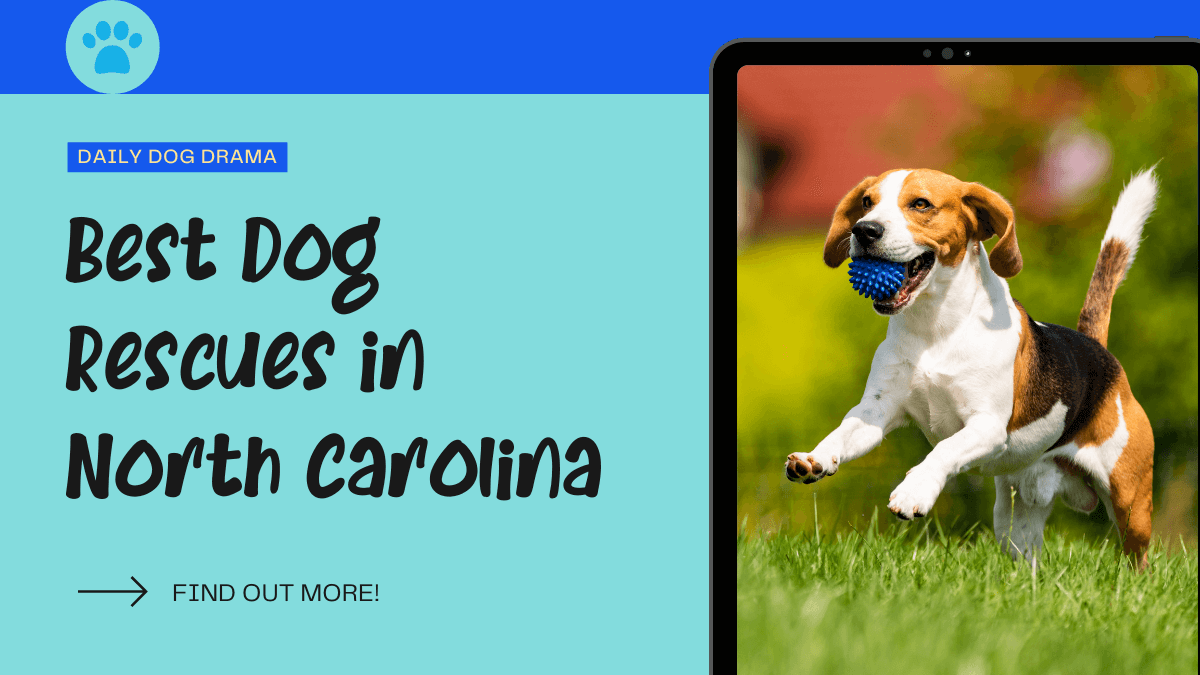